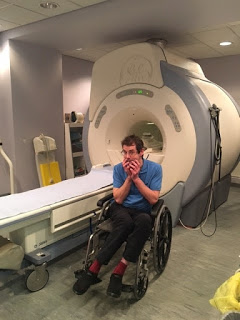 The endless, seemingly random set of VERY LOUD noises DESPITE HEADPHONES that overwhelm you as you endure your MRI scan. I’ve done three now, two a decade ago (the second quick on the heels of the first because they scanned the wrong bit the first time!), the third last Friday evening at precisely 7.10pm. What a lovely start to the weekend that was. This last was ‘just’ thirty minutes, the first two were close to an hour. Each of them bzzz’d like a lifetime. Everybody asks what music I listened to, but that wasn’t an option for my MRI. Just noise, and the thoughts racing unchecked through my head.

MRI stands for Magnetic Resonance Imaging. I had to look that up. It’s a narrow chamber that you’e trundled into. A clever bit of kit that uses magnetic and radio waves to zap right through you and take a precise 2D image of whatever part(s) of your body the clever medical people want to inspect. Apparently it avoids the risks associated with X-Rays though it doesn’t feel like that at the time. It’s entirely painless, though you mustn’t move a muscle, (difficult when you are prone to spasms), and of course you can’t deal with the inevitable itches that crop up. Every sound effect feels of doom, of illness, a little of despair.

I know what they’ll find when the images of my brain and the top of my spine come through in a week or two. It’ll look like someone has spilt tippex on little areas of my grey matter. It only makes sense to the neurologist: where they are, how many they are, and if any are active. That is to say, are these squidges currently doing further damage to central nervous system, or not? They just look like evil bubblegum to me. 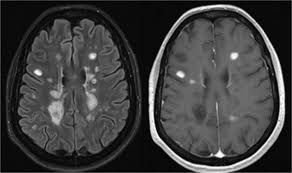 I had this new MRI as my Multiple Sclerosis is progressing fast right now, with my mobility worsening fast and a newish symptom, neuropathetic pain, getting seriously ouchy. Seriously. My neurologist wants to see what is going on. Not sure what he will conclude or if he will offer me any new treatments, as I’m already at ‘defcon 3’ in what I’m taking to try to slow progress.

Hey ho. Has anyone found anything useful from having MRI’s? I’m not convinced, but I generally do what I’m told… 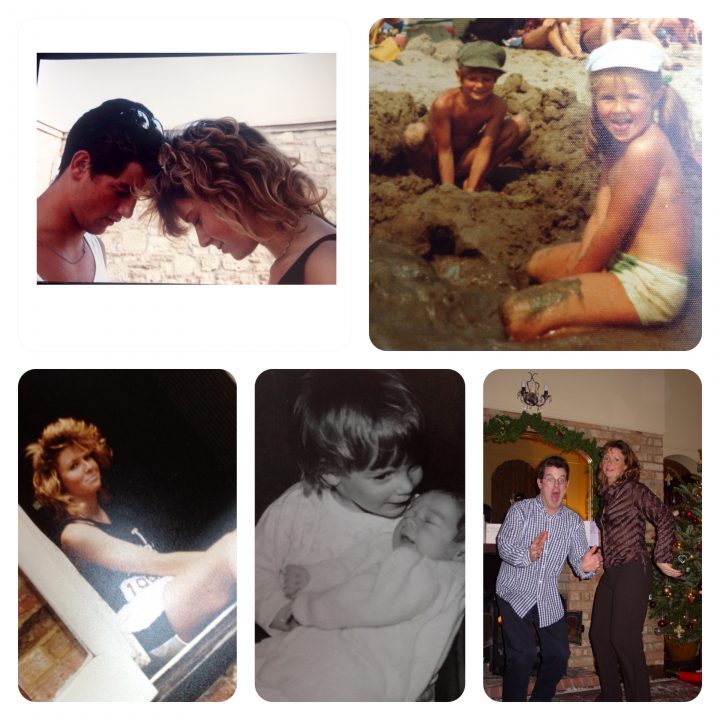 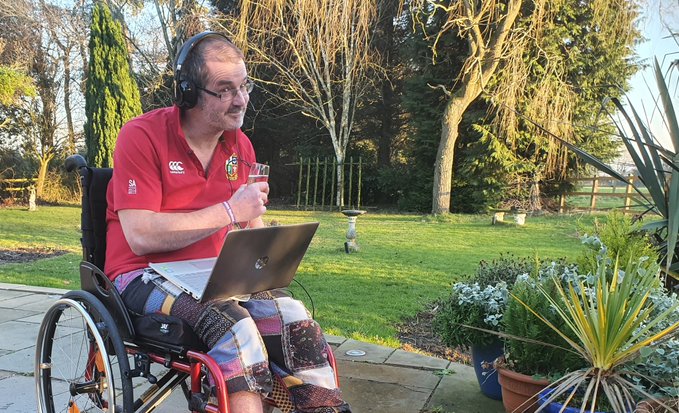 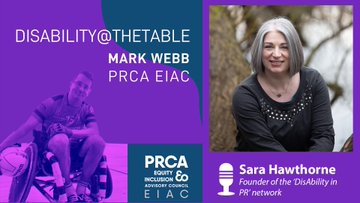